WHAT ARE VOCAL ABUSE AND MISUSE?

Vocal abuse is any behavior or occurrence that strains or injures the vocal folds (or vocal cords). This may include excessive talking, throat clearing, coughing, inhaling irritants, smoking, screaming, or yelling. Vocal misuse is improper voice usage such as speaking too loudly or at an abnormally high or low pitch. Frequent vocal abuse and misuse can damage the vocal folds and cause temporary or permanent changes in vocal function, voice quality, and possible loss of voice. 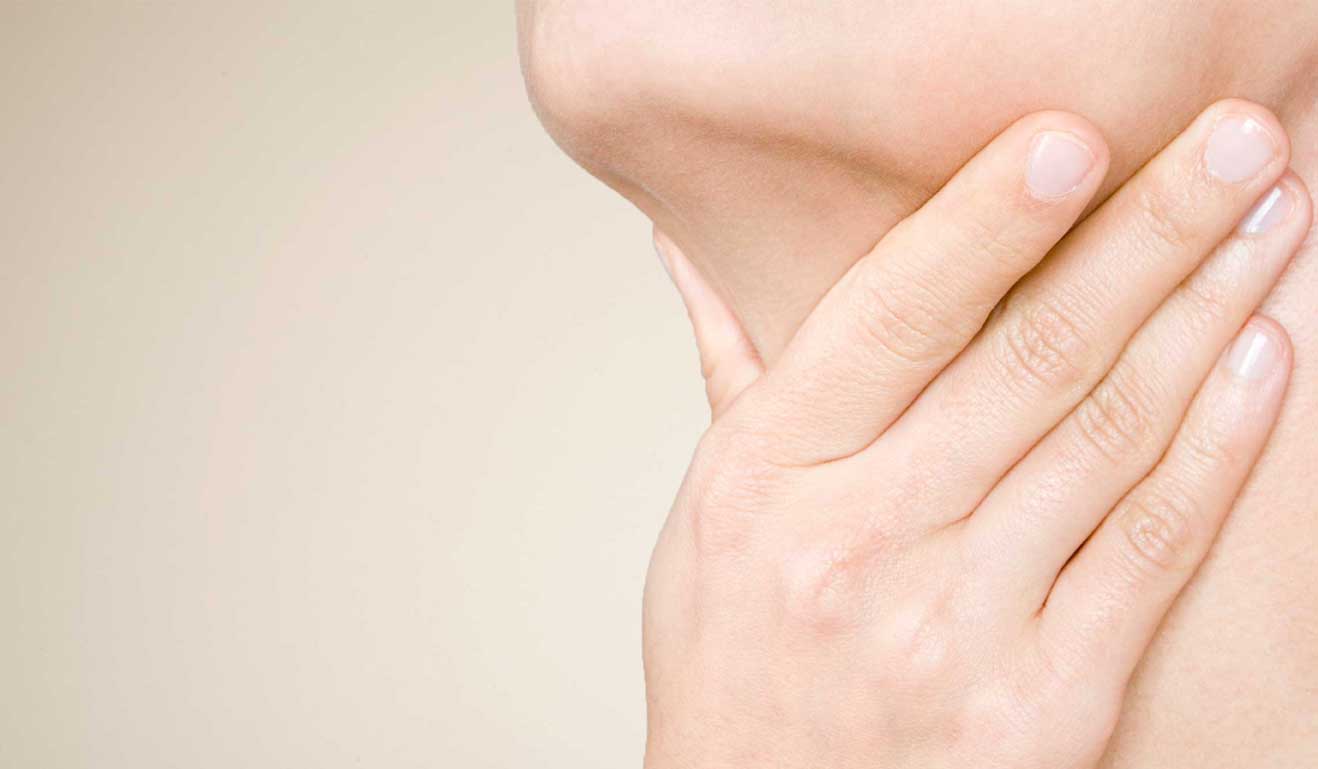 HOW IS VOICE PRODUCED?

Voice is produced by vibration of the vocal folds. The vocal folds are two bands of smooth muscle tissue that lie opposite each other. They are located in the larynx or voice box. The larynx is positioned between the base of the tongue and the top of the trachea (windpipe), the passageway to the lungs.

When at rest, the vocal folds are open to allow an individual to breathe. To produce voice, the brain precisely coordinates a series of events. First, the folds come together in a firm but relaxed way. Once the folds are closed, air from the lungs passes through them, causing vibration and thus making sound. The sound from this vibration then travels through the throat, nose, and mouth (resonating cavities). The size and shape of these cavities, along with the size and shape of the vocal folds, help to determine voice quality.

Variety within an individual voice is the result of lengthening or shortening, tensing or relaxing the vocal folds. Moving the cartilages, or soft, flexible bone-like tissues to which the folds are attached, makes these adjustments possible. For example, shortening and relaxing the vocal folds makes a deep voice; lengthening and tensing them produces a high-pitched voice.

WHO MAY BE AT RISK FOR A DISORDER OF VOCAL ABUSE OR MISUSE?

Disorders of vocal abuse and misuse are the most prevalent and preventable of the types of voice disorders. Anyone, from infants to the elderly, who uses his or her voice excessively may develop a disorder related to vocal abuse. Lawyers, teachers, clergy, cheerleaders, and professional voice users such as singers and actors often develop these types of voice disorders. Much of the chronic hoarseness experienced by children is caused by vocal abuse or misuse.

WHAT ARE SOME OF THE DISORDERS OF VOCAL ABUSE AND MISUSE?

The most common disorders resulting from vocal abuse and misuse are laryngitis, vocal nodules, vocal polyps, and contact ulcers. Health professionals who have training in voice and voice disorders often refer to these conditions as “hyperfunctional voice disorders.”

Laryngitis is an inflammation or swelling of the vocal folds. It may be caused by excessive use of the voice, by bacterial or viral infections, or by irritants such as inhaled chemicals or the backup of stomach acid into the throat (gastroesophageal reflux). The voice of someone with laryngitis will often sound raspy, breathy, and hoarse.

Vocal nodules, which are small, benign (noncancerous) growths on the vocal cords, are among the most common voice disorders directly related to vocal abuse. This condition is often called “singer’s nodes” because it is a frequent problem among professional singers. Vocal nodules are callous-like growths that usually form in pairs, one on each vocal fold. They form at the area that receives the most pressure when the folds come together to vibrate. The nodules develop from damage caused by repeated pressure on the same area much like a callous forms on areas of a person’s feet that are irritated by tight shoes. The voice of a person who has vocal nodules usually sounds hoarse, low-pitched, and slightly breathy.

A vocal polyp, also called Reinke’s edema or polypoid degeneration, is a benign growth that is similar to a vocal nodule but is softer, more like a blister than a callous. It most often forms on only one vocal cord. A vocal polyp is often associated with long-term cigarette smoking but may also be linked to hypothyroidism (decreased activity of the thyroid gland which is involved in the growth and development of children and energy control in adults), gastroesophageal reflux, or chronic vocal misuse. People who develop a vocal polyp usually have a low-pitched, hoarse, breathy voice, similar to the voices of people who have vocal nodules.

Contact ulcers are a less common disorder of vocal abuse. They are experienced by people who use too much force when bringing the vocal folds together for speech. This excessive force causes ulcerated sores or a wearing away of tissue on or near the cartilages of the larynx that move to bring the vocal folds together. These ulcers are also found in people who have gastroesophageal reflux. People with this type of voice disorder often complain of their voice tiring easily and may feel pain in the throat, especially while talking.

HOW ARE DISORDERS OF VOCAL ABUSE AND MISUSE DIAGNOSED?

Anyone who experiences vocal change or hoarseness for more than 2 weeks should be examined by a physician, preferably an otolaryngologist (a physician/surgeon who specializes in diseases of the ears, nose, throat, and head and neck). While hoarseness is a common symptom of vocal abuse or misuse, it is also one of the first signs of cancer of the larynx. A physician’s visit is especially important for people who smoke cigarettes, because smoking is closely associated with laryngeal cancer. The otolaryngologist will examine the individual’s vocal folds and determine if a medical condition is causing the voice problem. As part of the voice examination, the otolaryngologist will often look directly at the vocal folds. This may be done by inserting a tiny mirror into the mouth to the back of the throat (laryngoscopy). The otolaryngologist may also examine the vocal folds by passing a small camera and light through the mouth or nose and into the throat (fiberoptic laryngoscopy). This method is often preferred because it allows viewing of vocal cord movement during speech.

Following an examination, the otolaryngologist may refer the individual to a speech-language pathologist, a health professional trained to evaluate and treat people who have voice, speech, language, or swallowing disorders that affect their ability to communicate. The speech-language pathologist will evaluate the pitch, loudness, and quality of the person’s voice, and will also assess vocal techniques such as breathing and style of voicing. A voice recording is often made, and trial therapy techniques may be used to test their effectiveness at improving the voice.

HOW ARE DISORDERS OF VOCAL ABUSE AND MISUSE TREATED?

Most disorders of vocal abuse and misuse are reversible. The best treatment is to identify and eliminate the vocal behavior that created the voice disorder. In many cases, a brief period of voice therapy is helpful so that the individual can learn good vocal techniques such as proper breath support for speech or eliminating forceful voicing.

In some instances, eliminating the abuse or misuse and voice therapy are not enough. In these cases, medication to block the production of stomach acid may be helpful. In some cases, an operation may be necessary to remove growths from the vocal folds. Since most disorders of vocal abuse and misuse easily recur following surgery if the vocal misuse continues, another period of voice therapy by a speech-language pathologist after surgery may help prevent recurrence of the problem.

Children with disorders of vocal abuse and misuse are often the most difficult to treat because it is not easy for them to change their vocal behaviors. Fortunately, most children outgrow these disorders by the time they are teenagers. For these reasons, many surgeons do not operate on children who have disorders of vocal abuse or misuse. A period of voice therapy, however, may help the child to learn proper voice behaviors.

Dr.  Sudarshan Aahire is a young, talented, and vibrant ENT Surgeon and ENT Specialist in Nashik with 12 years of experience. Apart from routine ENT care and surgeries he specializes in the management of Snoring and obstructive sleep apnea surgeries, Endoscopic skull base surgeries, voice-related disorders, and voice surgeries, airway and swallowing disorders. Dr.  Sudarshan Aahire is very well versed in all aspects of ear, nose, and throat disorders and head and neck cancer surgery.